You can capture farm animals in the Police Box and transport them into the TARDIS.

The mobs you can collect are:

You will first need to herd the mobs so that they are close to the Police Box (within 2 blocks) — wheat or carrots in hand should make them follow you — sometimes you may be lucky enough to have the Police Box materialise around an animal!

Enter the TARDIS as usual, and the following will happen: 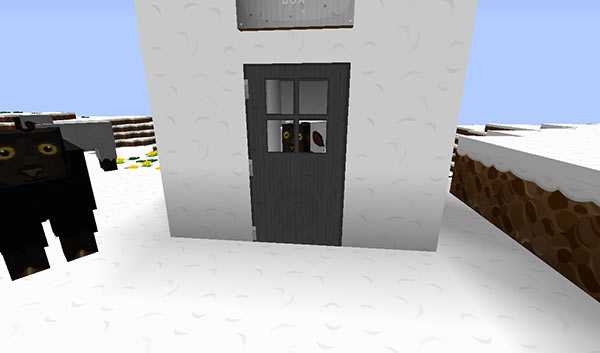 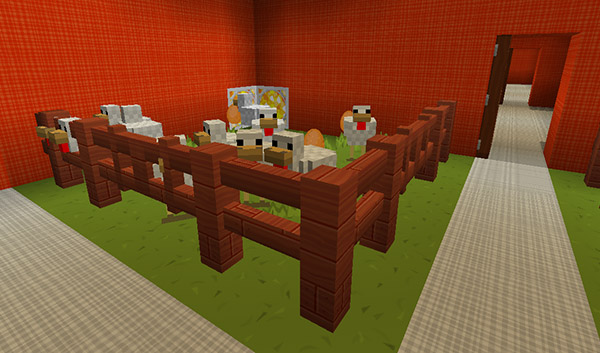 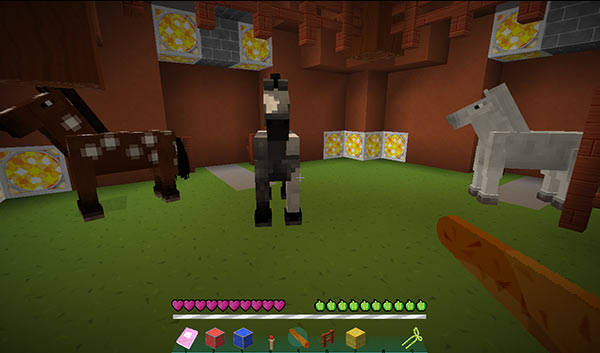 As of TARDIS version 3.1-beta-1, you can now eject farmed mobs, villagers and companions.

To eject an entity, use the /tardis eject command, then click the mob/villager/companion you want to eject. They will be teleported outside the TARDIS, what you do with them then is up to you.

Horses must still be ridden over the wood pressure plate.

Note: there are a couple of exceptions to the rule with companion ejection — if the player is an OP or the player has tardis.admin permission they will NOT be ejected.